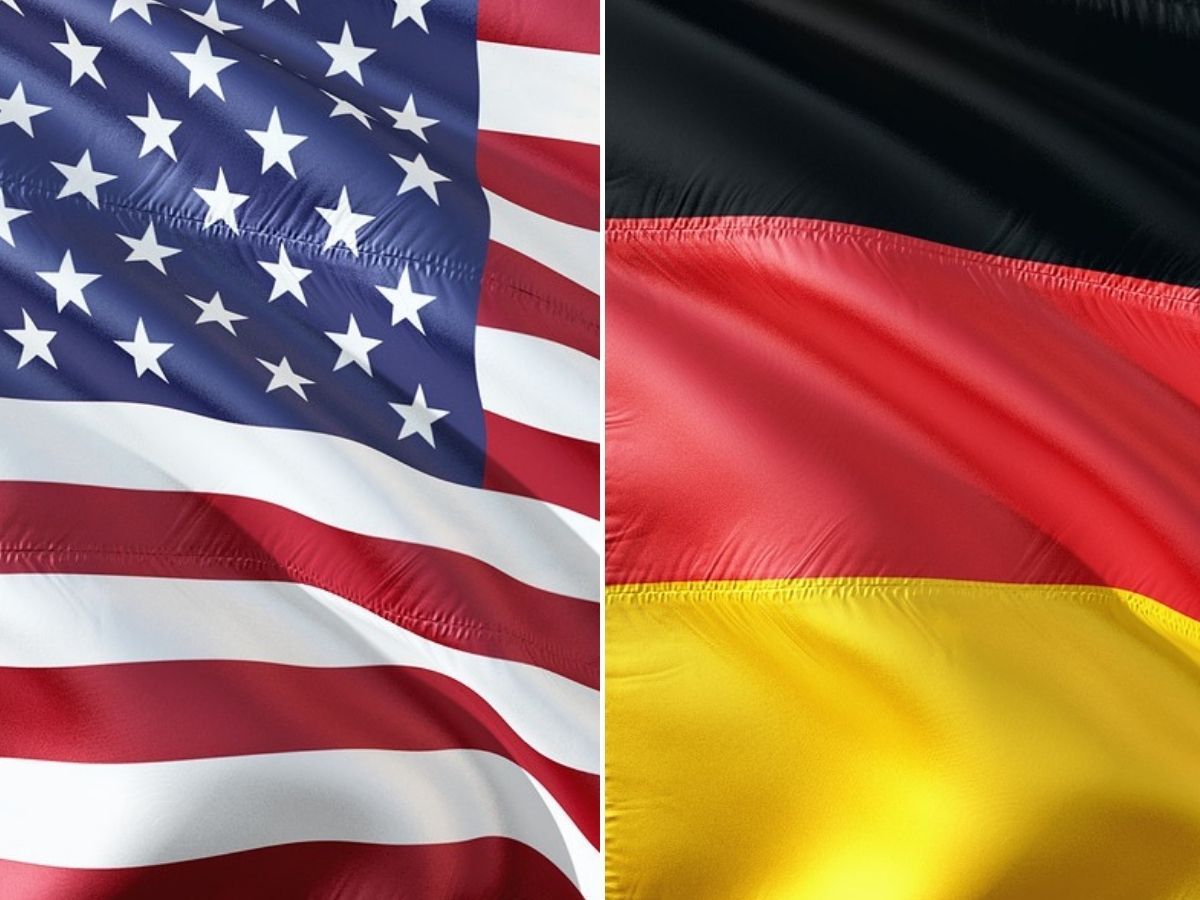 Which Country Is More Likely To Legalize In 2023 – The U.S. Or Germany?

When it comes to the ongoing fight to end global cannabis prohibition, there’s a saying that I often use – the bigger the nation’s economy, the bigger the domino. Don’t get me wrong, I certainly believe that cannabis legalization in every country is significant, and that any such victory should be thoroughly celebrated. However, there’s clearly a difference from an overall momentum-building standpoint between nations in regards to cannabis politics, and that is largely based on economic clout in the international community. For evidence of that, consider how much of the international cannabis community’s focus is dedicated to monitoring what is going on in Germany and the United States.

The United States and Germany are two of the top four economies on earth, ranked first and fourth respectively. The other two countries that round out the top four are China (second), and Japan (third), and as anyone that monitors international cannabis politics will be quick to point out, China and Japan are trending in the wrong direction and will not be legalizing cannabis for adult-use anytime soon. Conversely, both the United States and Germany are trending in the right direction, with advocates in both nations pushing harder than ever to end cannabis prohibition at the federal level within their borders. Advocates around the world are watching closely to see if either domino falls in 2023 because, after all, either domino falling would dramatically boost the chances of legalization efforts happening elsewhere on the planet.

Will The United States Legalize In 2023?

The United States is a very unique place when it comes to cannabis policy. At the federal level cannabis is a Schedule I substance and is greatly restricted, although hemp is legal and limited cannabis research is also permitted. Meanwhile, cannabis is legal for adult-use in a growing number of states and is legal in medical form to some degree in nearly every state. It makes for an interesting situation from a political science standpoint in that every year cannabis reform seems to spread at the local level in the United States while legalization at the federal level remains elusive.

A new Congress was recently sworn in after a federal election in the U.S., and it’s virtually guaranteed that no major legislation will be able to pass through both chambers in the next two years due to each chamber being controlled by opposing political parties. Cannabis reform, unfortunately, is going to presumably take a back seat to 24 months of partisan food fighting in the U.S. Arguably the saddest irony from a political science standpoint is that federal cannabis legalization is extremely popular in the United States, with Gallup’s most recent annual legalization poll holding steady at a 68% approval level for legalization. You will be hard-pressed to find anything in U.S. politics right now that has that level of support among all voters.

Cannabis advocates in the U.S. have remained hopeful year after year that federal legalization would finally happen in some fashion just to have their hopes dashed, and I personally think that the odds for legalization were better in the last Congress than this new one. Divisiveness is at the top of the menu in Washington D.C. right now, and even limited cannabis reform measures are likely to languish in the 118th Congress, with full legalization almost certainly being completely out of reach for the time being.

Will Germany Legalize In 2023?

Legalization’s progress in Germany may not currently be as some want it to be, myself included, however, Germany has a far greater chance of passing a federal adult-use legalization measure in 2023 compared to the United States. Pro-cannabis lawmakers in Germany have gone as far as blocking some of the Health Ministry’s funding due to delays in the introduction of an adult-use legalization measure. Politics and federal funding work different in the U.S. compared to Germany, and yet even with that factored in, there’s no equivalent level of pressure being incorporated by lawmakers in the United States right now. Performative federal cannabis legalization rhetoric is abundant in the U.S. Congress’ hallways, but actual action is rare on both sides of the aisle.

At some point in 2023 a German legalization measure needs to be introduced, regardless of if it has the blessing of the European Union or not. If the European Union does grant its approval in the coming months, that would nearly guarantee legalization’s passage in Germany not too long after the granting of the approval. However, in a scenario in which the European Union does not grant its approval in the first half of 2023, the pressure to introduce a measure in the second half of 2023 will be enormous. After all, legalization was part of the German governing coalition’s agreement once the 2021 election results were finalized.

It’s likely a safe bet that Germany’s Health Minister will not receive the same level of grace in 2023 that he did last year, and as we have already seen, there will be budgetary ramifications for any perceived delays. If pressure proves to be enough to get a measure introduced early enough in 2023, and the measure is truly in line with the spirit of the coalition government’s previously agreed upon legalization goals, then legalization could certainly occur in Germany in 2023. If that happens, that will, in turn, boost legalization’s chances on the other side of the Atlantic Ocean.