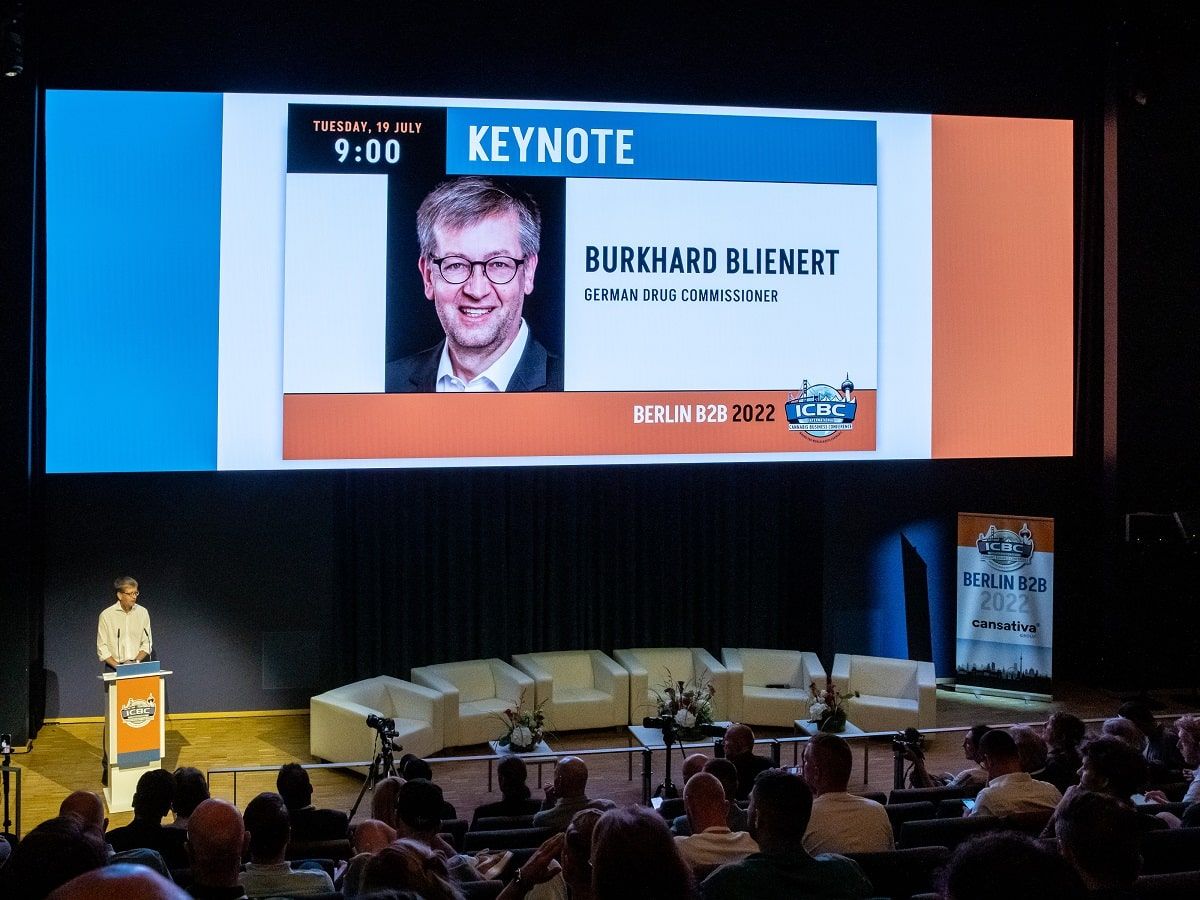 The Commissioner on Narcotic Drugs at the Federal Ministry of Health spoke as the keynote address to a packed auditorium, kicking off International Cannabis Business Conference Berlin 5

For those sitting in the packed audience in the Estrel Hotel in East Berlin last Tuesday, the scene felt a bit surreal. It was a moment five years (at least) in the making. However, for those who are regular attendees of the conference and have been there from the start, it was a historic moment. Finally, a senior member of the German government was in attendance and unashamedly so. Burkhard Blienert, Drugs Commissioner for the German government, made the keynote, opening speech.

The auditorium may have been full, but beyond it, the exhibit space, also the largest it has ever been, was a testament to the growing industry that brought events, not to mention all conference attendees to this point. It is clear that no politician in Germany connected to the cannabis reform issue can ignore the annual conference.

While Blienart did not reveal any more details – except to say that the legislation is still in process and there is much to compromise about – he did clarify the timeline of legalization a bit more clearly. Namely, that a draft bill will likely be released by the end of the year, with passage to occur in 2023.

The process is now underway. If there was an analogy to be made, Germany is now about two years from the beginning of a regulated, legal, cannabis market.

Many Details Still to Be Ironed Out

While there is forward motion, it was also very clear from Blienart’s speech that nothing is done and dusted. Further, there are multiple issues still to be decided. This starts with deciding what will be a legal point of sale. While he did not say as much, other rumours coming out of Berlin of late have suggested that online sales – at least at first – will be banned.

Beyond this, there is also the issue of home grow. Blienart did not rule it out. Indeed, the rumour mill has also suggested that the first number on the table is three plants.

Regardless, it is now a certainty that legalization is not going to founder. And despite the fact that there is at least an 18-month window from this summer to legal sales, it is also clear that things will not be delayed much longer than this either.

Recreational cannabis is coming to Germany, the world’s fourth-largest economy. The conversation will never be the same.